The elegant Adelaide Arcade is a beautiful and intriguing example of South Australia’s living history. Opened in December 1885 to widespread acclaim, its distinctive domes, ornate details, and architectural grandeur had never before been seen in Adelaide.

It took 200 workers an unprecedented five months to complete Adelaide Arcade and the adjoining Gay’s Arcade. Considered extremely progressive at the time, new building materials and techniques were used, and it was one of the very first buildings in Adelaide to have electric lights. Featuring Carrara marble floors, glass-panelled ceilings, and extra-wide promenades, the Adelaide Arcade was a place of opulence.

The official opening reflected this grandeur, with street closures, crowds of onlookers, a visit from the Governor, and an orchestra playing ‘The Adelaide Arcade Polka’, especially composed for the occasion.

At the time of its opening, the Arcade housed 50 shops. Store owners would retail their wares from the ground floor, while their workrooms, accessed via an internal staircase, were located above on the first floor. The addition of a balcony level in 1968 doubled the number of stores in the Adelaide Arcade and provided the beautiful aesthetic we still enjoy inside the Arcade to this day.

In a life spanning three centuries, Adelaide Arcade has been home to many interesting tenants. One of the most exotic was the Turkish Baths, where you had your choice of warm baths for a shilling or Turkish baths for four shillings. Beneath the main floor was an underground chamber where patrons could enjoy refreshments. While the entrance was closed for many years, the tea rooms are now visible through a glass floor that has been built over the original ironwork staircase.

The uniqueness of the Adelaide Arcade doesn’t reside solely with the retailers. Did you know the Arcade has its own Coat of Arms, visible beneath the domes? Or that the fountain at the Rundle Mall entrance moved homes many times before finally coming to rest in its current location? The Balconette at the Grenfell Street end was designed as an orchestral gallery where bands played, and grand balls were held in Gay’s Arcade. The Arcade also saw the unfortunate and gruesome death of the resident caretaker in 1887… rumour has it his ghost still walks the promenade at night.

The Arcade has seen many changes through the years, from the addition of central trading booths in the thirties, the introduction of the balcony level in the sixties, and a major fire in the eighties. Over the years, however, the Arcade has been lovingly restored to its nineteenth-century glory and maintains its position as the luxurious heart of Adelaide’s central retail precinct. 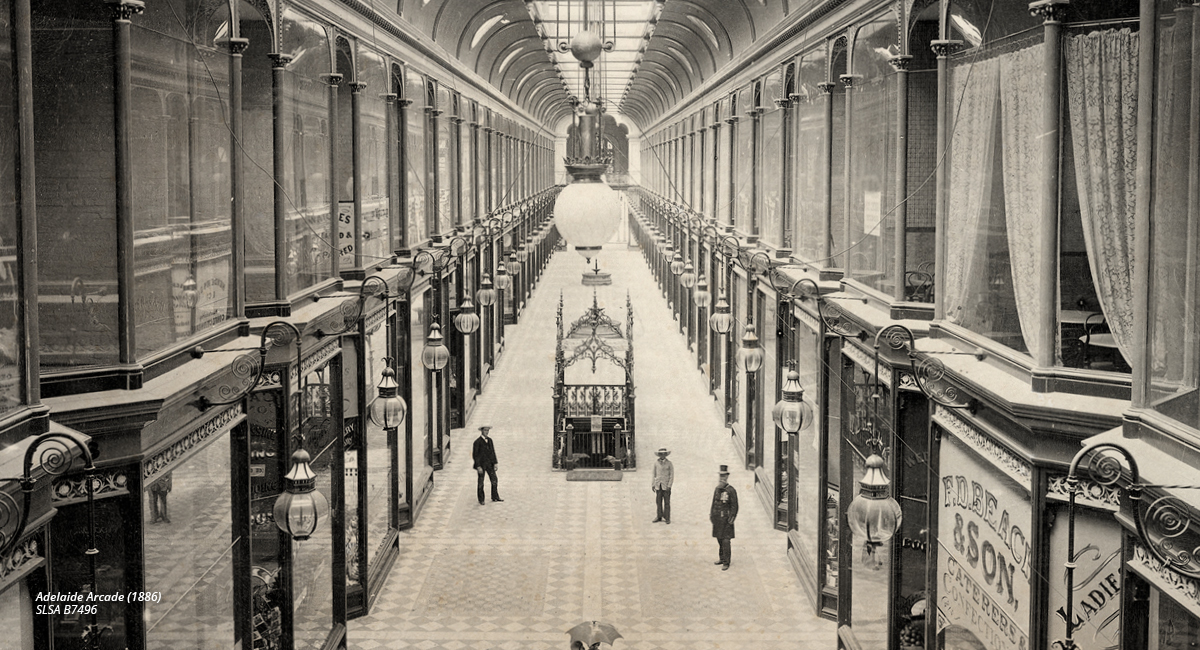 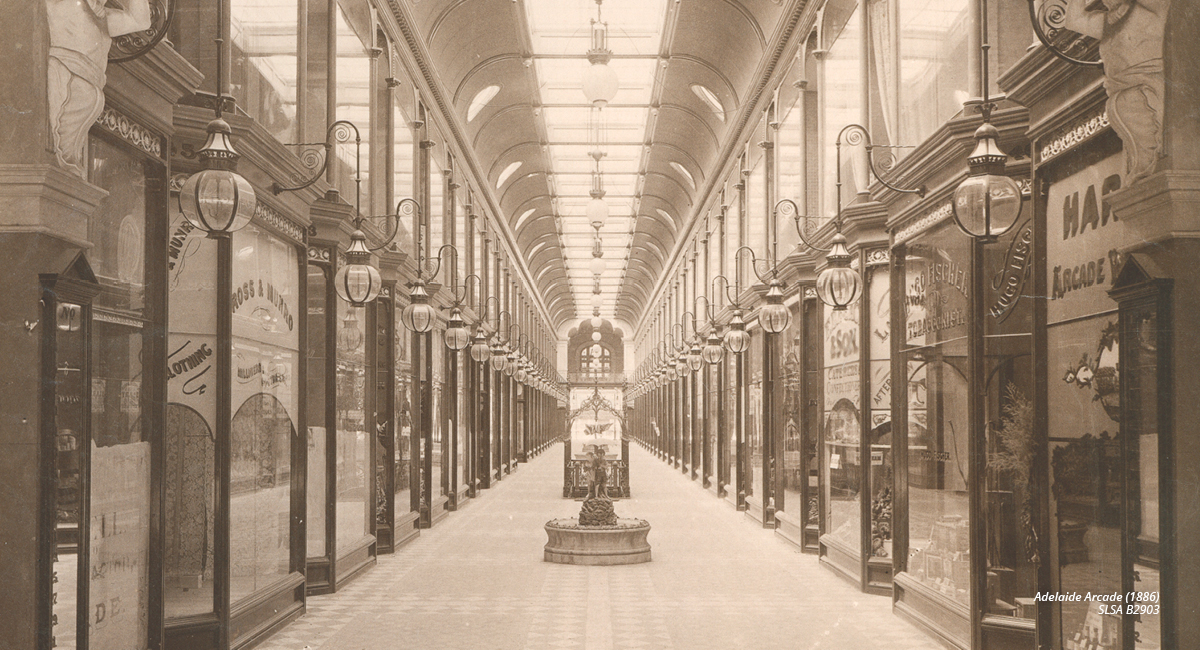 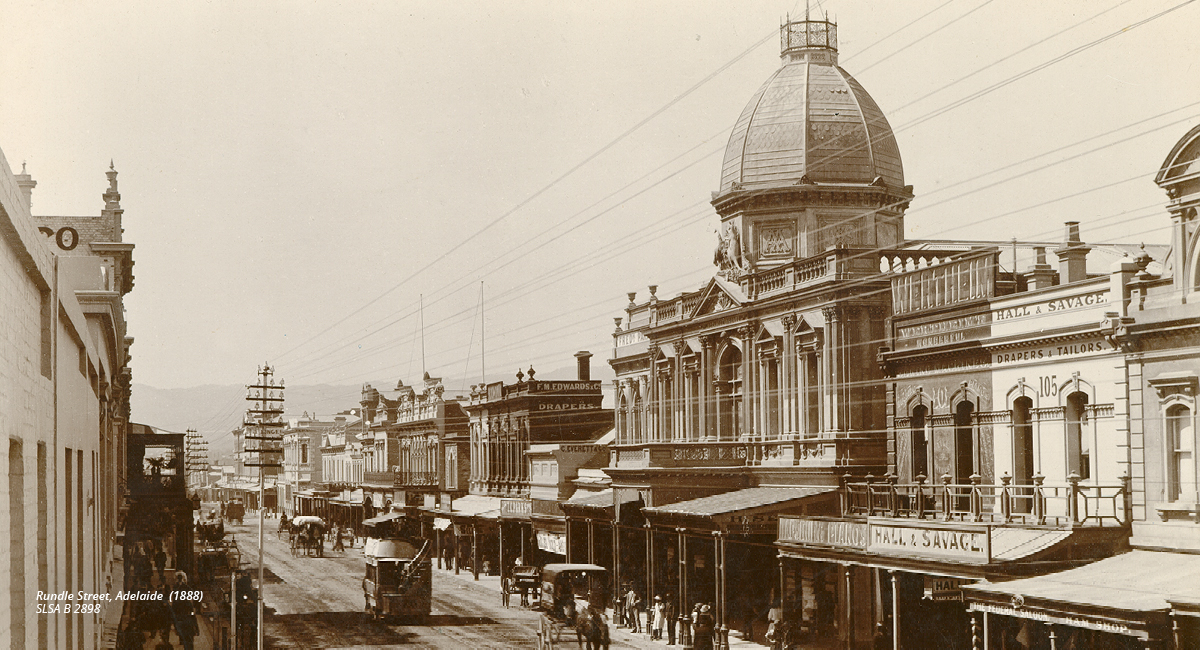 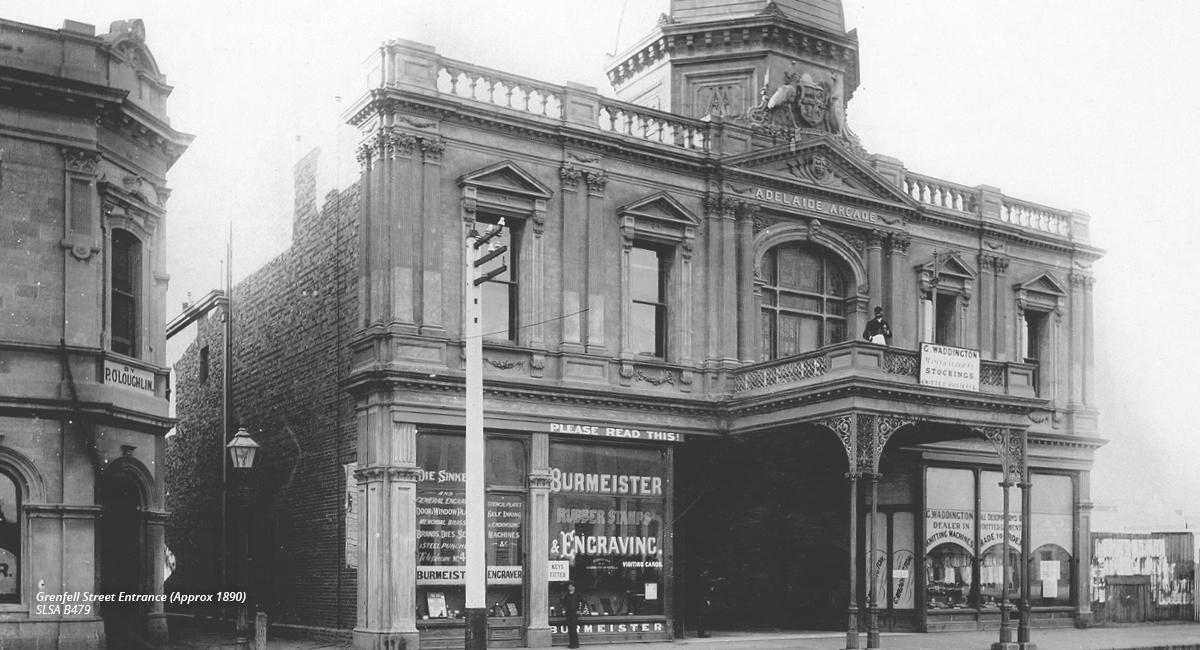 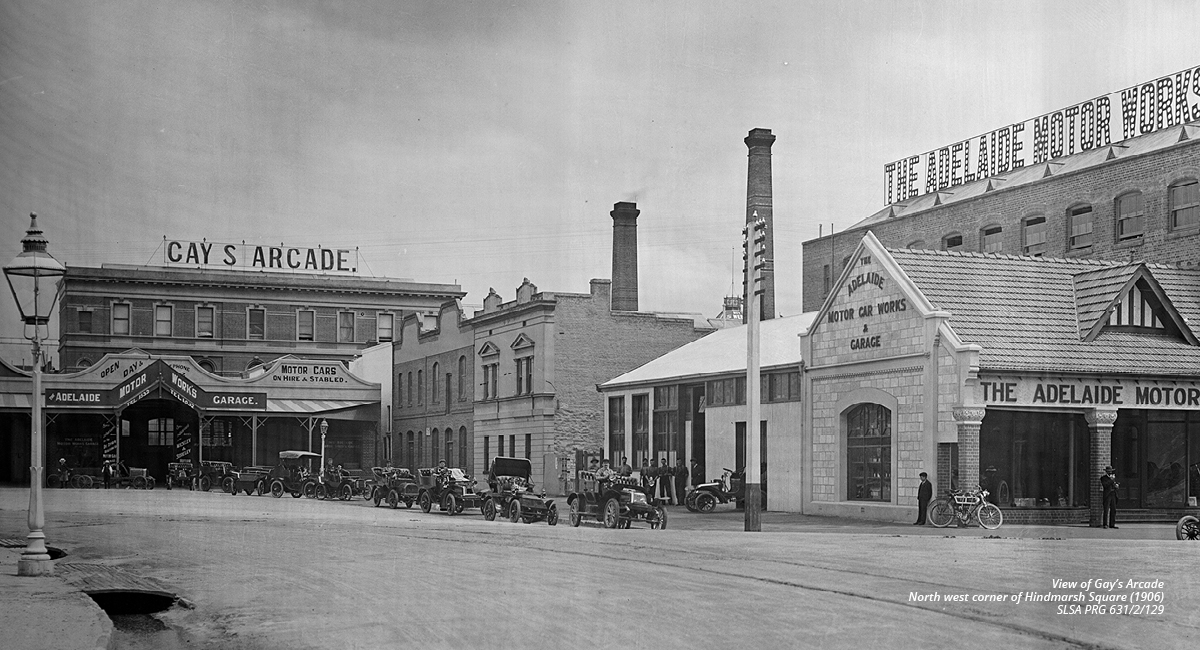 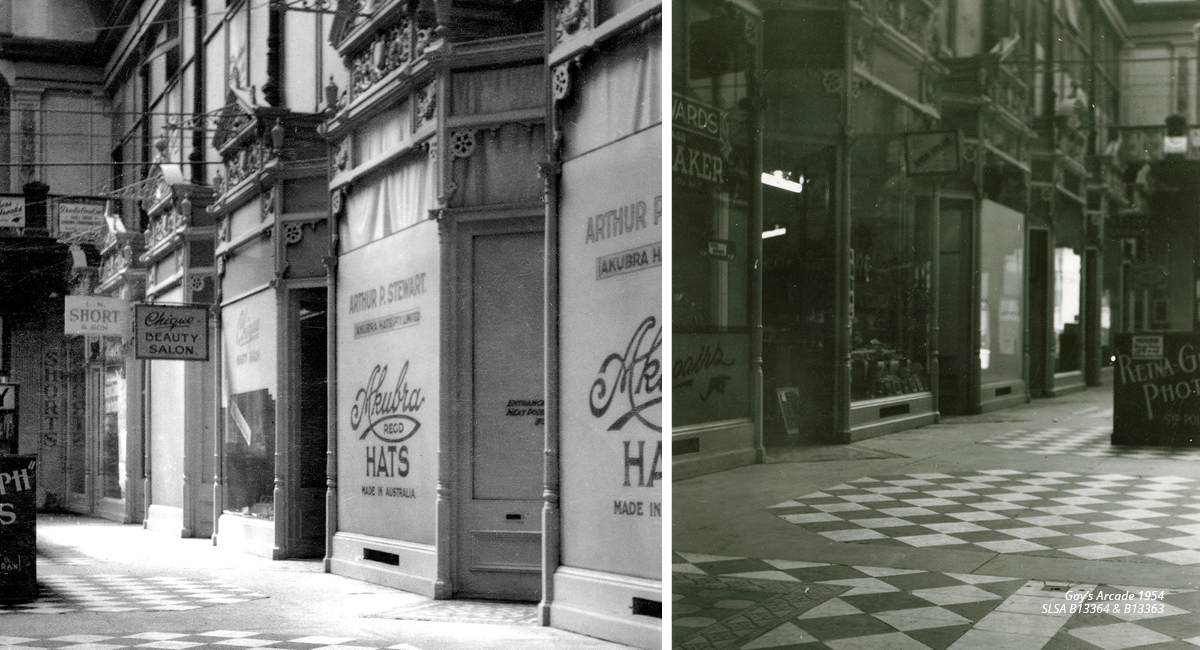 Explore an intriguing slice of South Australia’s history with a free self-guided history tour of the Adelaide Arcade. You’ll learn not only of the Adelaide Arcade’s architecture, design, and purpose, but you’ll also discover stories of a bygone era and learn about its journey from 1885 to the present day.

To get the full experience, we highly recommend a visit to Adelaide Arcade, where you can follow the tour with a printed brochure or follow along with the audio-visual tour on your mobile device.

Start the Self Guided History Tour

The free Adelaide Arcade Museum, located in the stairwell between the ground floor and balcony level of Gay’s Arcade, contains a fascinating collection of artefacts from the Adelaide Arcade’s journey over time. Historical photographs and newspaper clippings, vintage clothing displays, and a piano accordion that plays the official Adelaide Arcade Polka are all available to explore and discover.

The Adelaide Arcade museum is open 7 days a week during shopping hours. 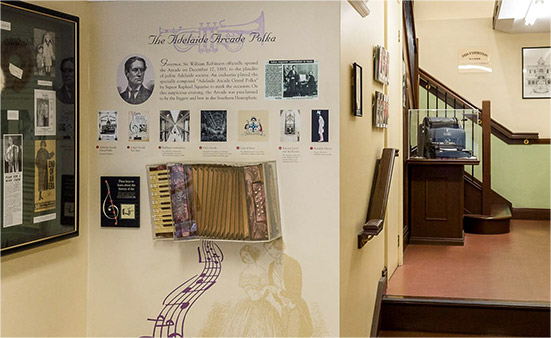 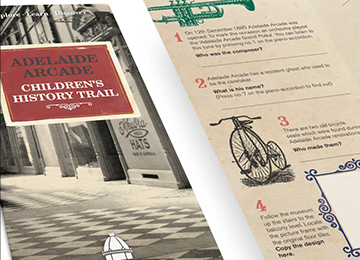 A number of independent guided walking tours that include the Adelaide Arcade on their travels are available. As these tours change over time, we recommend searching for tours that suit your personal interests and availability. Adelaide’s Haunted Horizons has exclusive access to the Adelaide Arcade after dark… Join them to learn about Adelaide Arcade’s darker past, discover who our resident ghost is, and why he’s here.

Be a part of the iconic Adelaide Arcade community. Subscribe here to receive the latest news via email